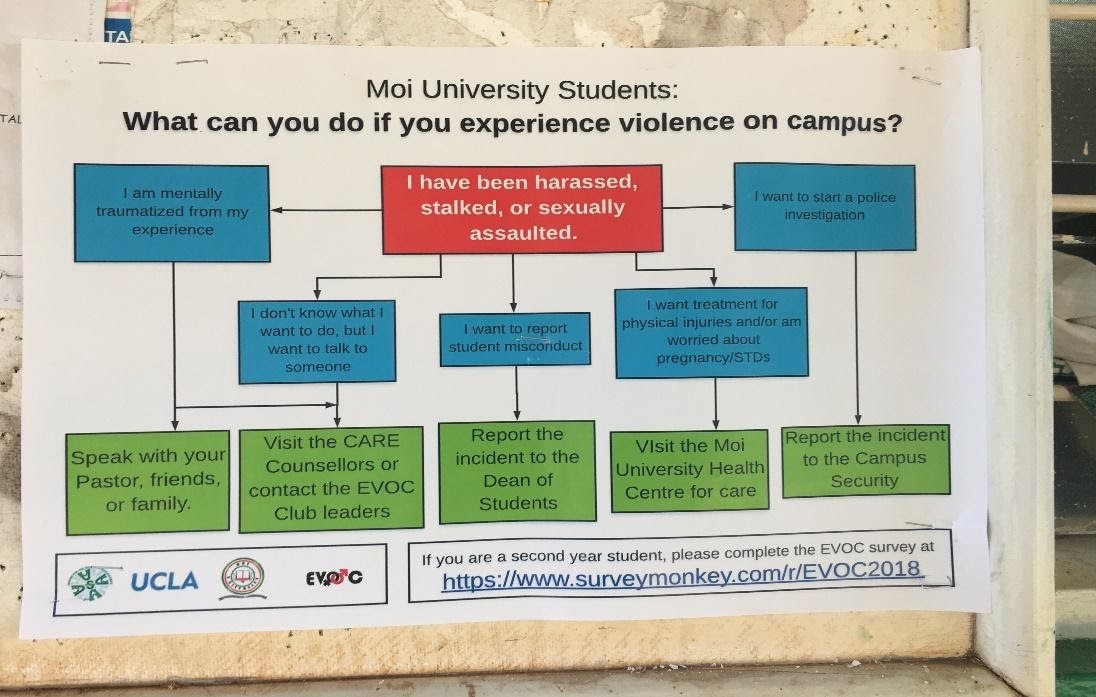 The End Violence on Campus Project (EVOC) in Western Kenya

The End Violence on Campus (EVOC) project was designed to reduce campus sexual harassment and assault
at the main campus of Moi University, in Eldoret, Kenya. EVOCwas a collaboration between Moi University
(Dr.WilliceAbuya), the Centre for the Study of Adolescence, Nairobi (Albert Obbuyi and Hellen Owino), and
the UCLA Bixby Program in Population and Reproductive Health, Los Angeles (Dr. Paula Tavrow). It was
funded with a seed grant from the University of California Global Health Institute (UCGHI) Center of
Expertise on Women&#39;s Health, Gender, and Empowerment.EVOC was launched in June 2018.

Why was EVOC needed?

The project was spurred by the concern that Moi University (MU) may have a serious problem regarding gender-based violence (GBV). MU was established in 1984 and has grown to 15 schools with a total student population of 52,000. The main campus houses five Schools and has about 15,000 students. In October 2017, the University made
national news when two security guards were charged with the rape of a first-year student in her hostel room.

This led to student outcry. The MU Student Council called upon the university administration to ensure student safety, not just in hostels but also within the institution. However, it was noted that the University did not have a
comprehensive plan for monitoring the extent of GBV, preventing future GBV, or assisting victims of GBV. In addition, though the University has policies on gender-based violence and sexual harassment, there was little effort to curb intimate partner violence (IPV), which is likely to be more prevalent among students than rape by strangers. 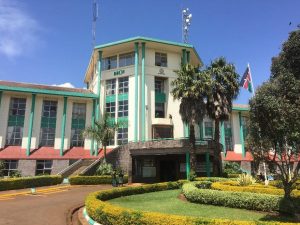 What were the main components of EVOC?

The main purpose of EVOC was to develop and test a comprehensive, low-cost, feasible, and student-driven model of prevention, monitoring, and victim services that Moi University (Main Campus) would be able to implement, sustain and build upon in the coming years.  The project’s main elements were as follows:

What does the EVOC club do?

Since EVOC was designed as a student-driven model, the first task was to form the EVOC club. Since its formation in 2018, and under the patronage of Dr.Abuya, the club has effectively carried out its mandate and was awarded the “Student Organization of the Year” at MU in 2019. The student population has embraced the project and this has been very instrumental to the success of the programme. Its first chairperson was Sofi Aidi, followed by Glory Kithambi, with Jayne Kariuki as the current chair.  The club has always had males as vice-chairpersons and has achieved gender equality in its membership of about 50 active students.  Besides being involved in all the EVOC project activities, the club has participated in other activities, such as MU Reproductive Week in November 2019, and Eldoret Town’s International Women’s Day in March 2020. 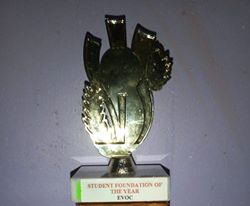 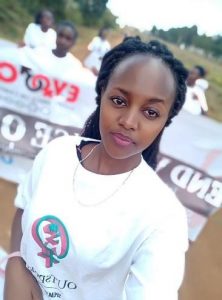 As envisaged in the project, and for capacity-building purposes, technical advisors trained the EVOC club members on GBV/IPV issues. From this training, they were able to effectively articulate EVOC’s aims, to participate meaningfully in EVOC activities, and to serve as peer ambassadors at MU. Of note was the clubs involvement in the 2018 first years’ orientation on two separate occasions.  For the orientation, a brochure with EVOC’s key messages (such as that harassment and assault are never the victim’s fault) was distributed to all incoming first-year students. Due to EVOC’s effective participation, the Dean of Students has welcomed EVOC to be part of new student orientation every year.  The EVOC club further participated in the 2019 orientation and expects to continue their involvement when MU re-opens.

What was learned in the EVOC survey of second-year students?

The survey was initially planned to be conducted online, but the campus wifi capacity was limited and many students lacked the ability to participate.  So the survey was reformulated to be self-administered with paper and pencil.  It was conducted in November 2018 and involved over 584 students (61% female) across the Schools of Arts and Social Sciences, Biological and Physical Sciences, Engineering and Information Sciences. The survey focused on GBV/IPV knowledge, beliefs, and experiences since arriving at MU (on sexual harassment, other kinds of victimization, sexual assault, and use of health services). A second survey was planned for November 2019 but due to an ongoing strike, this did not materialize. This yearly event has now been rescheduled to the post-COVID-19 period. 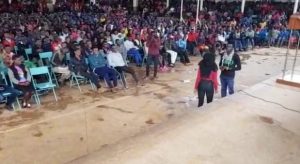 Key findings from the survey were as follows: 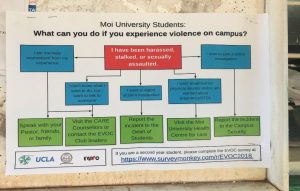 Check out EVOC’sFacebook page for more information and alerts on upcoming events: https://web.facebook.com/endviolenceoncampus/